Karma Ransomware is constantly evolving, upgrading and improvement is a regular process. It encrypts all files except some extensions on the compromised system and appends the encrypted files with extension .KARMA_V2. Earlier it used the extension .KARMA. Karma ransomware also drops the ransomware note into each folder with name KARMA_V2-ENCRYPTED.txt.

File Details: As shown in Figure1, following are the details related to the malware “Karma Leaks”. As shown in Figure1 and Figure2 above, the file corresponding to ransomware “Karma Leaks” is Windows-PE 32 bit executable. It has GUI subsystem and compilation time is Sept 2021 which is quite recent.

The Figure3 below tells us that the file is not packed and Figure4 shows different hashes corresponding to the malware. Figure5 shown below provides us information that the malware implemented Data Execution Prevention. We have checked the dark web for Karma Leaks onion website through TOR and it is currently unavailable as shown above in Figure6.

Figure7 above mentioned only three sections are part of the malware and look quite normal except the .data section which is a virtualized section only because it takes up no space on disk and only will be used during execution. Further, as we mentioned earlier, the malicious file subsystem is GUI, but it does not have any resource section which generally contains menus, icons corresponding to any GUI application.

The malicious file imports libraries Kernel32.dll, user32.dll and gdi32.dll as mentioned above in Figure8. The kernel32.dll used for memory, hardware or low-level access and manipulation. The gdi32.dll is used for graphics handling and manipulation while user32.dll is used to handle user-interface components. The APIs/functions corresponding to these above-mentioned DLLs imported by the malware are shown below in Figure9. Above mentioned functions give us an indication that the “Karma Leaks” have the following capabilities or functionality: In addition to some specific files extensions, the KARMA ransomware also excludes some of the folders from the process of encryption. As shown in Figure12, it does not encrypt $RecycleBin, Windows, Users, Program Data, Program Files, Program Files (x86) folders.

Figure13 above displays signs of cryptographic functions like CryptStringTOBinary and dlls like crypt32.dll used by the malware to encrypt the files present in the system. The KARMA and KARMA_V2 confirm the malware is KARMA Leaks ransomware. Figure14 given below also shows that the ransomware code is loading the library “crypt32.dll” by using LoadLibraryA API.

Figure15 below shows that when the malware executes, it searches each drive and folder and drops a ransom note “KARMA_V2-ENCRYPTED.txt” which contains the contents mentioned in Figure16. The contents mentioned that the system is breached, and files are encrypted. In order to get the data back, the victim has to pay the ransom amount.

Figure16 above also mentioned the tor link where the data will be leaked if the victim is not able to pay the ransom. In addition to that three email-ids of onionmail, tutanota and protonmail are given in case the victim wants to contact the malware authors.

Figure17 shows all files in a folder get encrypted and the extension .KARMA_V2 is appended to them. The ransomware note KARMA_V2-ENCRYPTED.txt is also dropped in the folder. Further, the file with extension .exe is not encrypted as we mentioned earlier that the ransomware excludes some of the files having some specific extension like .exe. Figure16 shows the encrypted contents of a file. 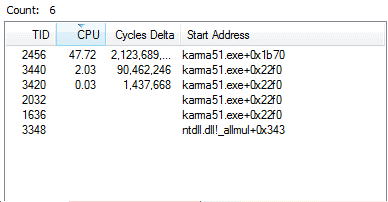 Figure 19 provides us with information about how the malware gets started. First, the thread is created and the .exe image of the malware is loaded into memory and after that, it loads the native API ntdll.dll. Further, it accesses the different registry entries and their values for managing sessions or getting information about the commands to be executed before loading any service.

Figure20 also shows us the number of 32-bit DLLs loaded by the malware like user32.dll, gdi32.dll, advapi32.dll. Advapi32.dll and sechost.dll are specifically important as they are used to access and manipulate registries and processes by the malware. Figure21 shown above also indicates towards loading and usage of crypt32.dll by the malware for encryption purposes as mentioned earlier and also dropping ransom note KARMA_V2-ENCRYPTED.txt into different folders.

Figure22 below shows the list of all registries accessed or manipulated by the malware. Figure23 above shows how the mutex is created by the malware as it is necessary that only one instance is running of the malware at a particular time.